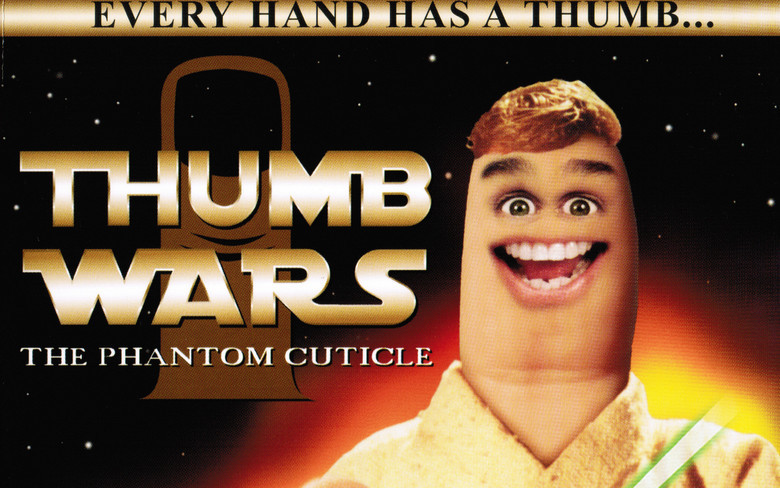 Perhaps this isn’t something I should be admitting, but I loved the Thumb movies. Don’t remember them you say? Well just imagine your favourite films: The Godfather, Star Wars, The Blair Witch. Now shorten them to 29 minutes and instead of actors, picture thumbs… like the thumb on your hand. That’s pretty much it. Insert finger, hand and nail jokes and you have comic gold.

Watching them today I realize that they really were awful films, but still very creative. They were directed and written by Steve Oedekerk, the genius behind Ace Ventura: When Nature Calls, Kung Pow: Enter the Fist and High Strung. The films started with Thumb Wars which began production in 1997 almost as a gag, but developed into something more serious in 1998 after being picked up by UPN. Yes. That confirms it: back in the day UPN would air anything.