Will Smith as Neo in The Matrix

Oh, this almost happened. It’s always to fun to look at “what ifs” when it comes to movies. A great example is the above. Yes, Will Smith was originally cast to play Neo in The Matrix movies. A couple of interesting “what ifs” come out of this. First, how different would The Matrix be with Will Smith as the lead instead of Keanu Reeves? I mean it’s safe to say Keanu put his own “Keanu” spin on the role. Also how different (and by that I mean how much worse) would the movie Wild Wild West have been had Will Smith not been in it? Yes, Will Smith passed up The Matrix to do Wild Wild West. While, this move did not hurt Will Smith’s career at all, you can make the argument it was probably the best thing to ever happen to Keanu Reeves.

It’s hard to picture anyone but Julia Roberts in this role but Molly Ringwald actually turned down the role for unknown reasons. I have two theories:

1. She was already in a movie with the word “pretty” in it called Pretty in Pink

2. The actress who plays “Pretty Woman” needs to in fact be pretty. What I am saying is I don’t find Molly Ringwald attractive. 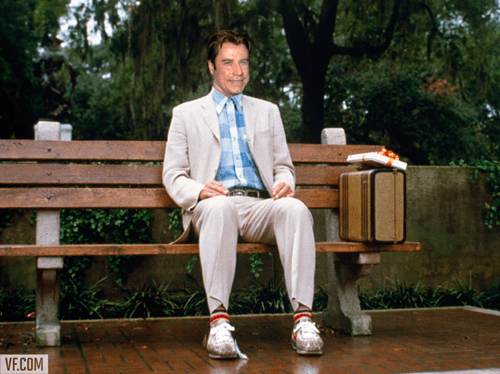 Travolta has gone on record saying it was a huge regret turning down the role of Forrest Gump. In my opinion, this is a TOTALLY different movie without Tom Hanks. In fact I think without Tom Hanks, this movie would not have been half as successful and almost certainly does not win any Oscars. That being said I would love to see the train-wreck that would be Travolta’s Forrest Gump.

How bad do I want to see this version of Indiana Jones? SO BAD! It is said that Tom Selleck was cast for the role of Indiana Jones but Universal would not release him from his contract with Magnum P.I. I believe it was always going to be Harrison Ford as he had a relationship with George Lucas already but my dear God, I would love to see this.

Sarah Michelle Gellar apparently passed on the role (although she was a pretty unknown at the time and I don’t think she was at the point in her career to turn down anything) but that was okay because Alicia Silverstone was AMAZING in this role. While I think Gellar would have been good in this role, I think Silverstone was perfect.
Johnny Depp as Ferris Bueller

Much like the Sarah Michelle Gellar/Alicia Silverstone debate, I feel that this movie would have been great with either of these actors but Matthew Broderick was perfect in this role.